There's no denying the fact that the cost of homeownership is on the rise throughout Toronto and the GTA. Even taking into account the roller coaster ride that is recent home values, year-over-year, home and property values continue to appreciate. This rise in value has its greatest impact at the densest population location - in this case Toronto - with values dropping off as you move away from the epicenter. The result is a migration away from city centers to larger more affordable homes in the outlying communities of the GTA.

Often when people live in outlying areas and commuting to large Urban centers for work they can overlook the additional costs that this lifestyle can create. Sometimes, the cost of commuting the negates any perceived positive gain made by choosing to live outside of the urban center taking into account time as a cost factor as well.

A recent study released by Canada Mortgage and Housing Corporation had a look at this and here's how the numbers actually look. According to Statistics Canada in 2016 there were 2.6 million commuters living in the GTA.

Another recent survey showed that a single detached dwelling is still the preferred choice of homebuyers with many people indicating they would choose a location where they could afford a larger home despite it making getting to and from work more inconvenient or costly.

Other reasons for choosing to live outside the city include more affordable housing, larger homes, more property, sense of community, environment and overall lifestyle.

The clear trade-offs to these positives is the time and cost of commuting with a large percentage of commuters enduring one-way commutes of an hour or more to get to and from work on a daily basis.

Among the 905 communities, Oshawa leads the way as the most affordable area for people commuting to Toronto. In 2016, a single detached home was on average $489,000 LESS in Oshawa versus a similar home in Toronto. The interesting correlation here is that a decrease in home values directly relates to an increase in commuting costs. 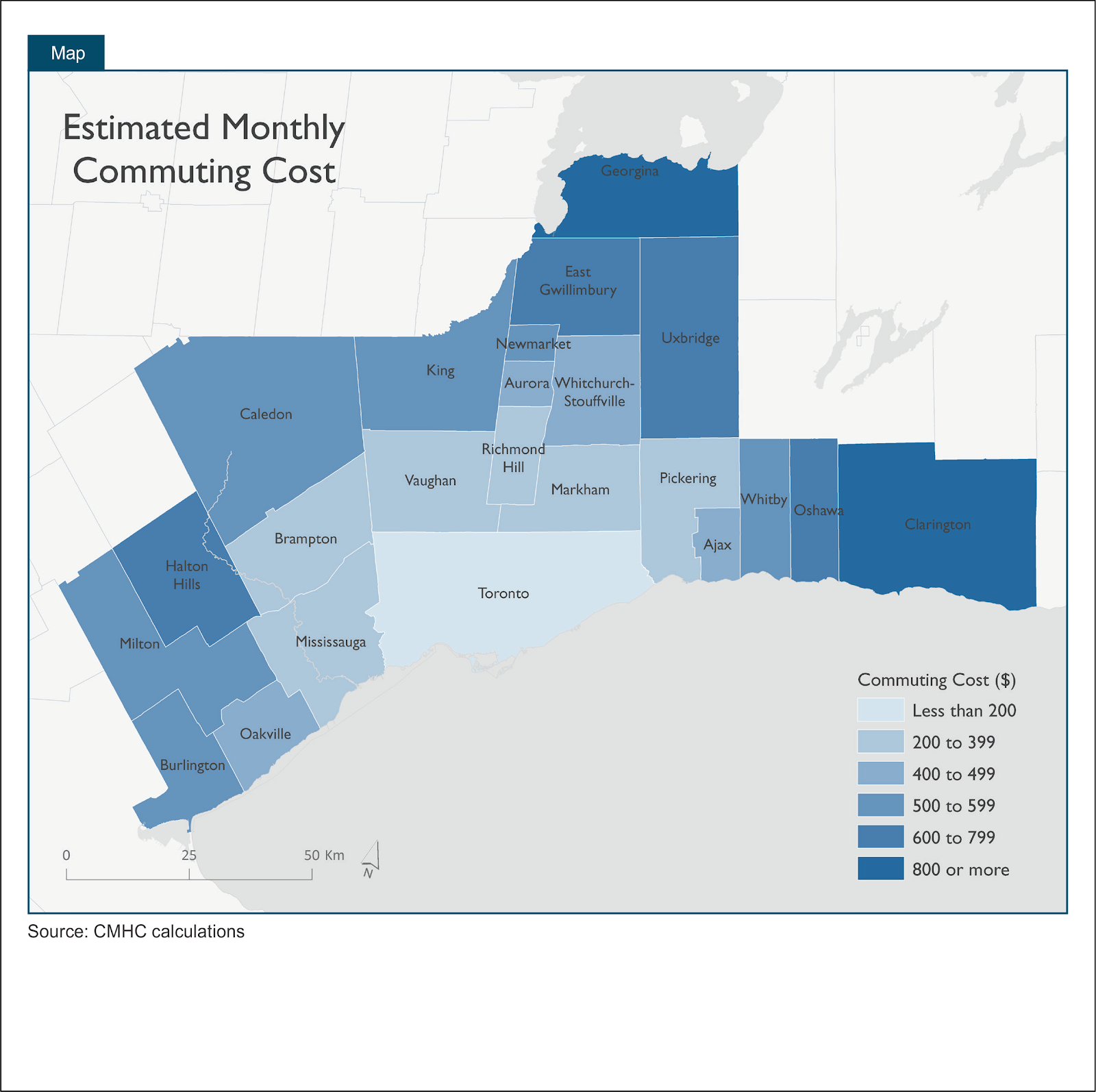 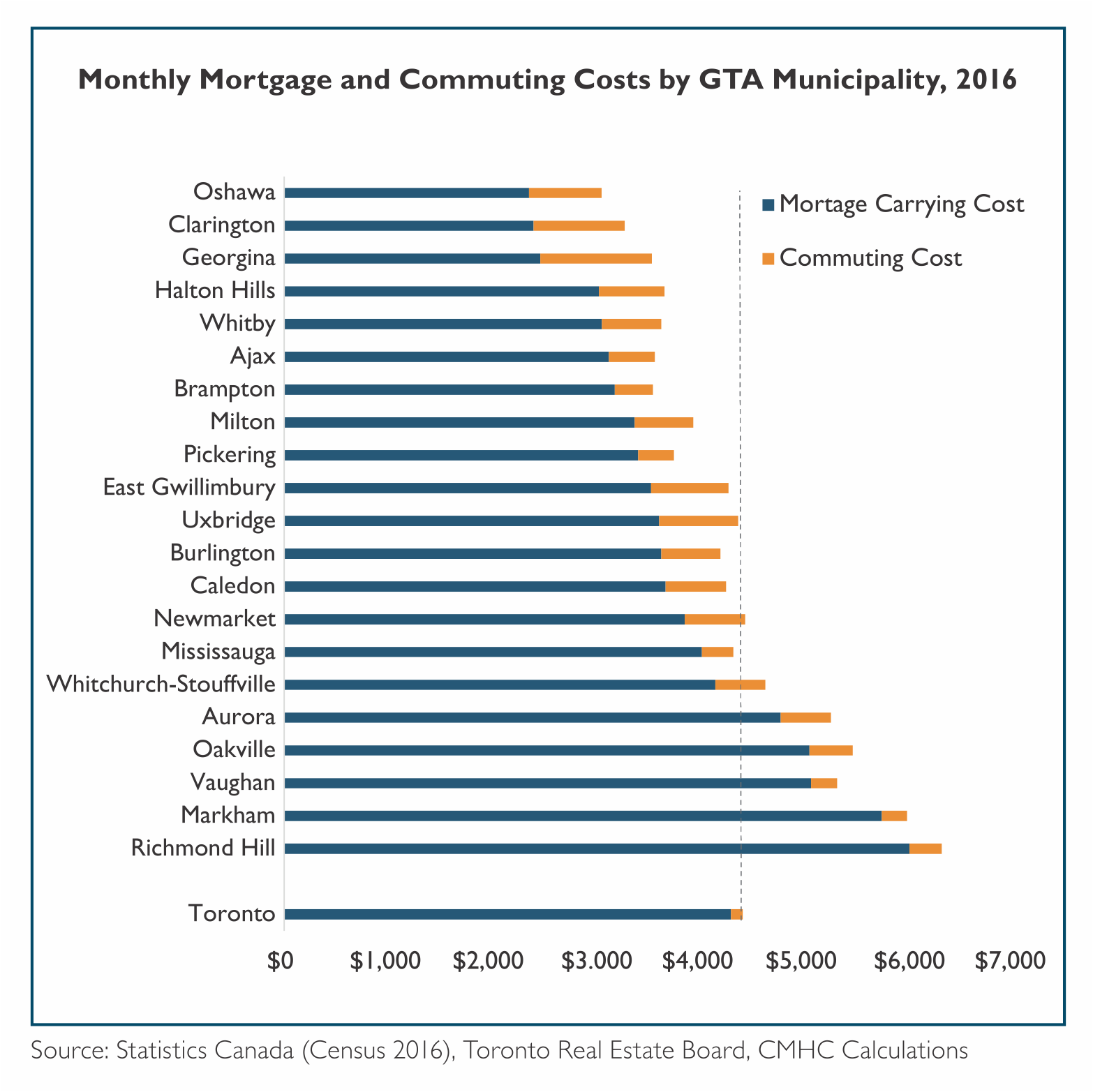 When factoring in the cost of commuting, some 905 Municipalities actually equal or exceed the cost of living within the city; others, like Oshawa, retain their cost advantage due to the considerably more affordable housing.

The easiest way to take the greatest advantage of the value difference is to use some form of public transit in your commute. Public transit reduces the overall dollar cost of commuting but does not alleviate any of the time investment incurred like commuting, however, this can be somewhat offset by how the time spent while on public transit is used. Catch up on your work, read a book, take a course - make the time beneficial as much as possible.

What this study doesn't take into account in any great detail is peace of mind. Although they referenced some respondents indicating community and environment as reasons for choosing to live outside of the city, there's a lot to be said for the peace of mind and sense of well-being that can be had by living in an area with a smaller population, less crime and a real sense of community that can be had by choosing a smaller town to call home.

Regardless of your reasons for choosing where you want to call home, I would be pleased if you would choose me to be your REALTOR® when it's time to buy or sell your GTA home. 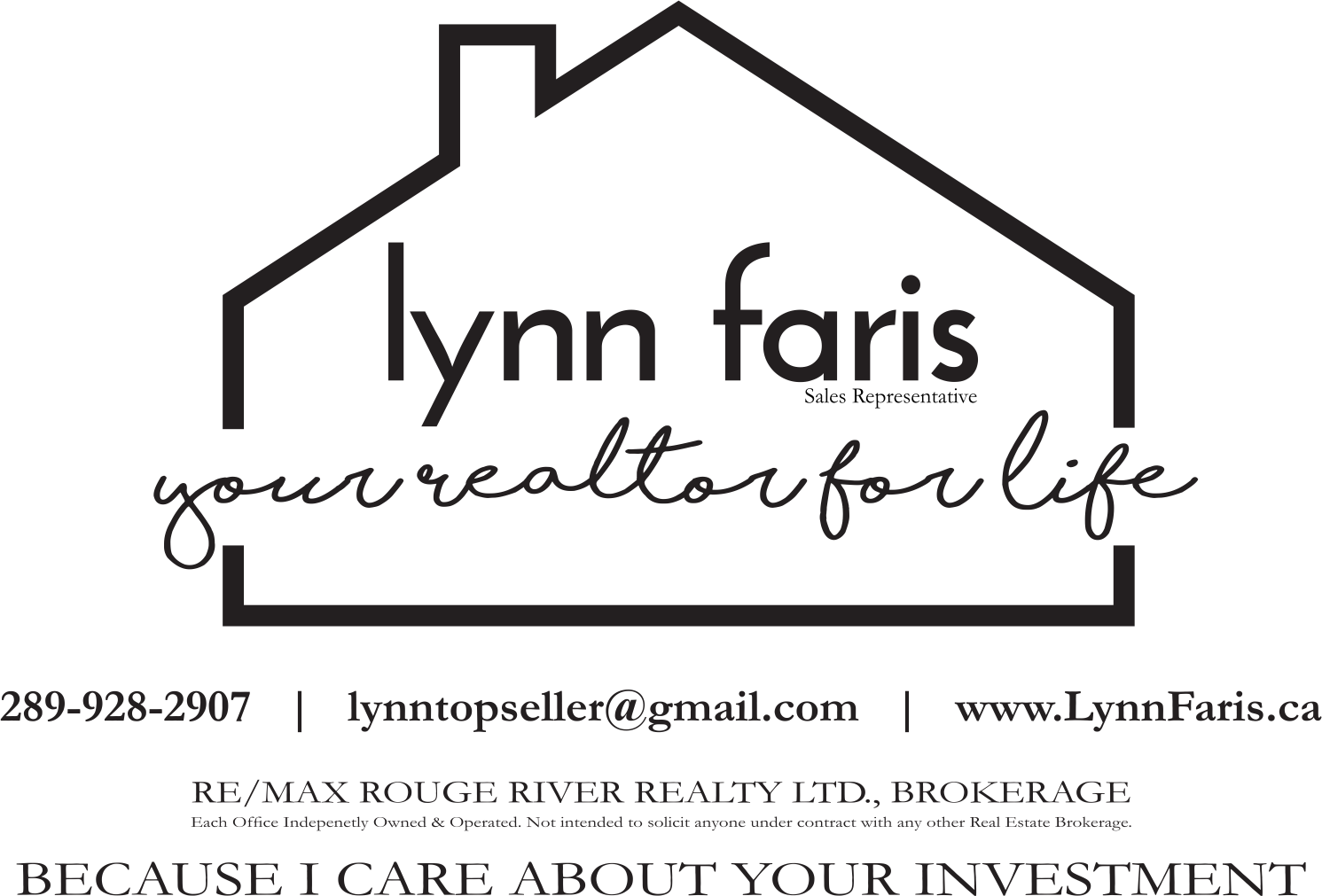 Lynn Faris is a Sales Representative with
RE/Max Rouge River Realty Inc., Brokerage
located in Oshawa and serving all of the Durham Region and surrounding areas, including Toronto.

Instant update when your neighbours are selling!
Type your address below:

See what your home is worth
Type your address below: